In particular, the new-generation FTAs such as the Comprehensive and Progressive Agreement for Trans-Pacific Partnership (CPTPP), the EU - Vietnam FTA (EVFTA), and the UK - Vietnam FTA (UKVFTA) are being enforced comprehensively and effectively.

After over a year of implementation, the EVFTA has proved its considerable contribution to bilateral trade and Vietnam’s growth, the newspaper wrote, citing the Ministry of Industry and Trade (MoIT) as saying that last year’s exports to the EU stood at around 40.07 billion USD, up 14 percent.

Nguyen Canh Cuong, Minister-Counsellor at Vietnam’s trade office in the UK and Ireland, said amid the decreased market demand caused by the COVID-19 pandemic and the global shortage of containers, the export achievement by Vietnamese firms could be described as a “miracle” in which the UKVFTA acted as a catalyst.

Thanks to the CPTPP, the country also saw double-digit growth in shipments to Canada (19.5 percent) and Mexico (46.1 percent), with which this is the first time Vietnam has an FTA. Meanwhile, exports to Peru, a small but potential market, also surged 84.3 percent.

Cuong noted that the UKVFTA has given enterprises of Vietnam more competitive edges. If they can sustain partners’ trust, fulfil delivery commitments, and ensure product quality, Vietnamese goods will have an expanding market share in the UK in the time ahead.

An official from the MoIT’s Foreign Trade Agency held that to enhance farm produce’s competitiveness in the EU, businesses should pay more attention to product quality, food safety, technical barriers, rules of origin, and brand development.

In 2022, bilateral and multilateral FTAs, including the Regional Comprehensive Economic Partnership (RCEP) that took effect on January 1, will continue to give an impetus to Vietnam’s economic growth.

Experts said to go faster and farther, the prerequisites are businesses’ efforts and proactiveness to improve their competitiveness, make innovation, and seize opportunities in the new context, Cong Thuong reported./.

11:31 | 10/05/2022 Finance Plus
Vietnam earned 3.57 billion USD from aquatic exports in the first four months of 2022, posting a year-on-year increase of 43.7 percent, according to the Ministry of Agriculture and Rural Development.

FTAs - momentum for Vietnam’s economy in 2022

12:04 | 01/02/2022 Finance Plus
Bilateral and multilateral free trade agreements (FTAs), including the Regional Comprehensive Economic Partnership (RCEP) which took effect from January 1, are expected to become a new momentum promoting Vietnam's economic growth in 2022. 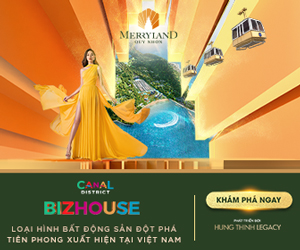