Official: export-import could top 600 billion USD on back of FTAs

10:59 | 26/11/2021 Finance Plus
|
(TBTCO) - Vietnam’s export-import could reach 640-645 billion USD, with a slight trade surplus this year, according to deputy head of the Ministry of Industry and Trade’s Export and Import Department Tran Thanh Hai.

Vietnam’s export-import could reach 640-645 billion USD, with a slight trade surplus this year, according to deputy head of the Ministry of Industry and Trade’s Export and Import Department Tran Thanh Hai.

Hai said that in recent years, Vietnam has achieved high export revenues, proving that domestic firms increasingly know how to tap their competitiveness.

Asked about what advantages the Comprehensive and Progressive Agreement for Trans-Pacific Partnership (CPTPP) and the EU-Vietnam Free Trade Agreement (EVFTA) have brought to Vietnam, the official said apart from traditional partners in Southeast Asia and Asia-Pacific, commitments in the two new-generation deals are at a higher level.

After three years implementing the CPTPP and over one year joining the EVFTA, Vietnam’s exports have achieved high growth. With the CPTPP, the country’s exports to Canada, Mexico and Peru expanded by 25-30 percent.

Notably, the GSP is a unilateral mechanism that could be removed once the economy thrives further. On the contrary, the EVFTA is a bilateral commitment and its incentives last for a long term. The rate of utilising incentives through the issuance of certificate of origin (C/O), form EUR-1, has amounted to approximately 20 percent.

Moreover, many kinds of goods now enjoy tariffs so extremely low that businesses do not need to apply for C/O but still benefit from the EVFTA.

For shipments valued below 6,000 EUR, firms are allowed to self-certify their origin on commercial documents, which is also a great advantage.

In order to prevent themselves from declaring wrongful origins of products, they need to equip themselves with relevant knowledge to ensure the shipments meet the requirements of the deal.

As for the goal of 600 billion USD in exports-imports this year, Hai said the pace of recovery in strong sectors such as apparel, leather and footwear is quick. From now until the year’s end, firms can achieve pre-pandemic level growth. Along with recovery in traditional sectors such as mobile phones, electronics, machinery and spareparts, the country could post a 15-25 percent growth in export-import – an impressive figure.

According to him, the biggest difficulty faced by firms is the shortage of workers, especially in the south, resulting in their failure to operate at full capacity. Due to the pandemic, costs of materials and logistics services have also gone up.

As the pandemic continues, businesses are still concerned about prevention and control measures in several localities, while working towards maintaining production as well as export-import activities in the near future, he said.

Vietnam has so far joined 15 free trade agreements (FTAs) and is negotiating two other FTAs. Among the 14 FTAs that have come into force, the CPTPP, the EVFTA and the UK-Vietnam Free Trade Agreement (UKVFTA) are three new generation FTAs with comprehensive commitments in many economic and trade fields.

The signing of these agreements helps expand the market, attract investment, and bring competitive advantages to Vietnam's exports. However, it also puts domestic production at risks of fraud of origin, illegal transfer of goods, and evasion of trade remedies tax.

The US remained Vietnam’s largest export market, spending 37.6 billion USD on imports from the country, a year-on-year rise of 49.8 percent. China followed with 20.1 billion USD, up 26 percent, then the EU and ASEAN, with 16.1 billion USD and 11.5 billion USD, increases of 20.8 and 23.7 percent, respectively.

In May alone, Vietnam’s exports were valued at 26 billion USD, down 2.1 percent compared to April, but up 35.6 percent year-on-year.

Meanwhile, the country’s imports in the five-month period hit 131.31 billion USD, an annual growth of 36.4 percent, with China the country’s largest source market./. 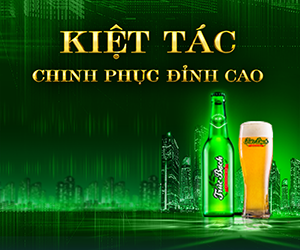