22:23 | 27/09/2021 Finance Plus
Theo dõi TBTC trên
(TBTCO) - Despite COVID-19 impacts, foreign direct investment (FDI) inflows into Vietnam during the first nine months of this year rose 4.4 percent year on year to 22.15 billion USD, reported the Foreign Investment Agency under the Ministry of Planning and Investment.

Hanoi (VNA) – Despite COVID-19 impacts, foreign direct investment (FDI) inflows into Vietnam during the first nine months of this year rose 4.4 percent year on year to 22.15 billion USD, reported the Foreign Investment Agency under the Ministry of Planning and Investment.

So far this year, the disbursement of FDI fell 3.5 percent year on year.

Leaders of the Foreign Investment Agency attributed the decreases in the numbers of new and expanded projects to the travel restrictions and long quarantine policy, which made it hard for foreign investors to make surveys for their planned projects. Lockdown and travel restriction measures also affected operations of FDI firms, they added.

Among 18 sectors receiving investment from foreign investors in the first nine months of this year, processing manufacturing took the lead with 11.8 billion USD, accounting for 53.4 percent of the total FDI. It was followed by power production and distribution with over 5.5 billion USD.

Meanwhile, Singapore led 94 countries and territories investing in Vietnam in the period with total investment capital of nearly 6.3 billion USD, followed by the Republic of Korea with over 3.9 billion USD, and Japan with nearly 3.3 billion USD.

The Mekong Delta province of Long An attracted the highest amount of FDI during the period with over 3.6 billion USD, including 3.1 billion USD in a big energy project. 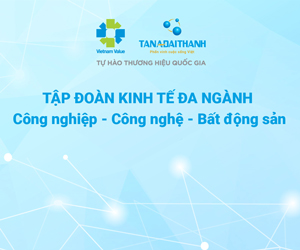 Construction of Ring Road No. 3 in HCMC set to start in June next year

09:49 | 18/08/2022 Finance Plus
Vietnamese e-commerce is growing, creating many opportunities to generate jobs, develop the private sector economy and increase revenue for the State budget. However, preventing tax losses in this business requires improving mechanisms and policies.

13:23 | 17/08/2022 Finance Plus
Apple is in talks to make Apple Watches and MacBooks in Vietnam for the first time as the US tech giant looks to diversify production away from China, Nikkei Asia reported.

11:11 | 17/08/2022 Finance Plus
The explosion of online shopping and the increasing numbers of internet and smartphone users have contributed to market growth in Asia-Pacific, including Vietnam.